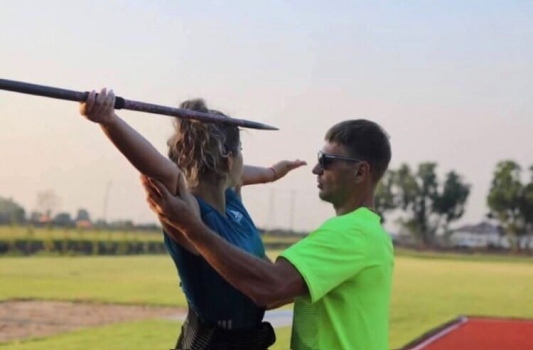 Final preparations for the Season 2018!

On April 20th, Olga Rypakova completed the preparatory training camp in Turkey's Antalya, under the guidance of her coaches Alexey Sergey and Rypakov Denis, and under the daily supervision of her personal physiotherapist, Tatyana Pchelintseva.

"Everything went according to the planned schedule, ahead of the start of the season, it's the Diamond League and of course the Asian Games in Indonesia," Olga shares her impressions.

On the same day, the final preparatory training camp for the season was finished by the Club's javelin thrower, Varvara Nazarova, her camp was held on the basis of the Tammasad University in Bangkok under the direction of Sergey Voinov, personal coach.

This year, for a young pupil of the East Kazakhstan Athletics School, several commercial launches are planned, technical practice will be conducted by the best European coaches from the Czech Republic, and also by the Asian Games.

At the same time, members of the national team of the Republic of Kazakhstan completed their training camps suh as members and promoters of the Club: Artur Gafner, Sveta Golendova, Aigerim Shynazbekova, Victoria Zyabkina, Mikhail Litvin and Elina Mikhina.