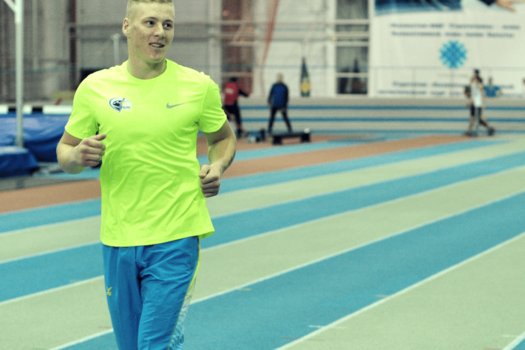 Athletes of the Club will be trained in Switzerland

The Club's athletes will begin a short-term technical training (from three weeks to one month) at the sports academy in Switzerland under the guidance of the experienced trainer Werner Dietrich, who is currently the coach of the National Elite Sport School of Swiss Olympics in Amriswil , in the north of Zurich.
The professional coach Werner Dietrich is considered to be the "father of the Swiss track and field miracle", as a Swiss newspaper wrote last summer. Among many others he managed many years ago Werner Günthör to become World Champion in shot-put, he was the first coach of Karim Hussein and was very successful with female athletes who are dominating todays' track and field scene in Switzerland. Five Under-20 athletes were 2017 among the top 10 in the global rankings [1]
It is worth noting that, along with the athletes of the Club, their personal trainers will go on probation as observers for the training process.
In March, Nadezhda Dubovitskaya and her personal trainer Ivan Khizhnyakov will be the first to improve their technical skills.
The practice for Arthur Gafner and the Club's sprinters is scheduled for April.
By the way, the management of the Club is negotiating with the Academy of World Records in javelin throwing Ian Zhelezny to send for training their throwers to this academy.
Such internships are one of the stages for training Kazakhstan athletes for their participation in the commercial launches of the IAAF.
It is these competitions and participation in them of our athletes - a priority in the strategy of the Club..
Reference [1]: http://www.elitesportschule.ch/leichtathletik-trainer-werner-dietrich-ist-der-vater-von-vielen-talenten/