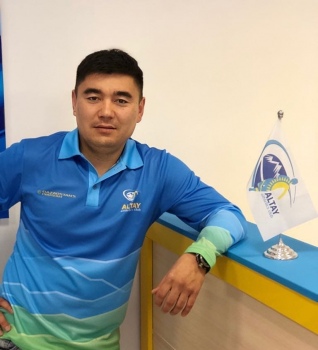 According to the strategy of the President of the Athletics Federation of the Republic of Kazakhstan, one of the main Club priorities is the development of local coaching capacity. In the March of this year, coach Khizhnyakov Ivan from Semey has been practicing in the center of preparation of the Olympic team of Switzerland National Elite Sport School of Swiss Olympics in Switzerland. To the same base in late April for a two-week internship was sent the second track and field coach-teacher from the region Vesselskiy Bogdan.

On June 1st, the third coach from the East Kazakhstan region, Mirbolat Tolkambayev goes to do a foreign internship. This time Kenya was chosen as the place of practice for studying the training process of running for long distances. The specialist will spend 2 weeks on the Kerio View sports base with a group of Kenyan specialists.

Mirbolat graduated from the Kazakh Academy of Sports and Tourism in 2007 and worked for more than 8 years as an athletics coach and deputy director for educational work in a secondary school in Kokpekty village. He is also the Head of the branch of the Track and Field Athletics Federation of Kokpektinsky district.

On Mirbolat return from Kenya, coaches who went abroad for internships will hold a workshop with the local coaches for sharing the skills they have received.

We wish Mirbolat success in the upcoming trip!