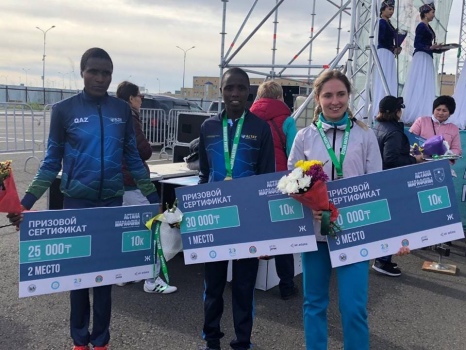 On the 16th of September of 2018, the annual marathon Astana Marathon 2018 took place in Astana. This year marathon celebrated 10 years anniversary and also became a member of AIMS.

Participants in the marathon were offered 2 distances: 42.2 km and 10 km.

This year, top-level athletes of the world level, members of the Club "Altay Athletics" decided to support the Kazakhstani marathon by participating in a 10 km distance.

Among the women, the first was a member of the Club Norah Jeruto (32:04), which occupies the second line of the IAAF TOP-list in 2018 in the discipline 3000 m steeplechase, Daisy Jepkemei (32:05) took the second place, ahead of the marathon participant who took third place 6 minutes later. 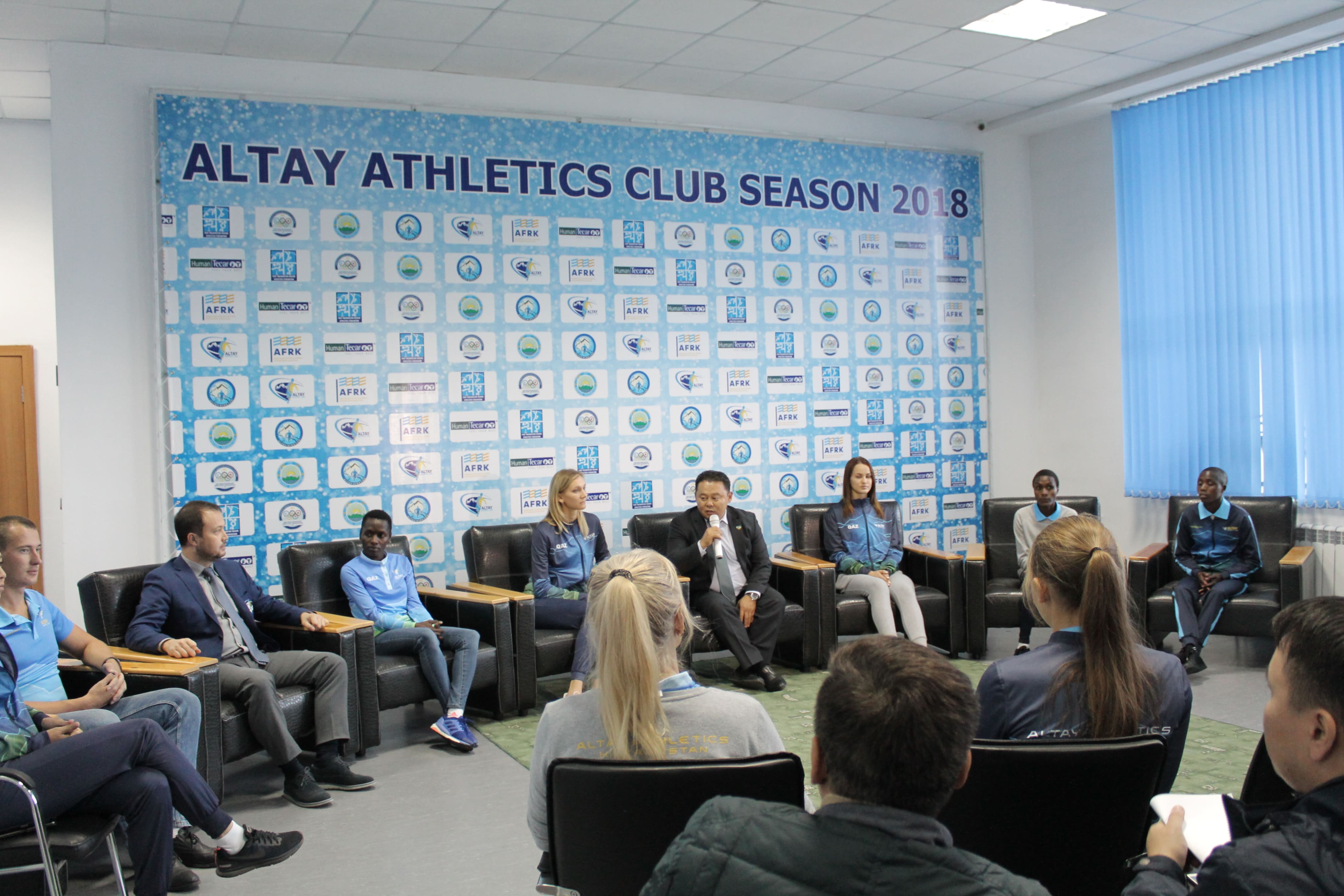 Among the men, Shadrak Koech (30:52) took the first place, this year he won prizes in 10 km races and half marathons in Kenya.

And the world leader at the 10 km distance of the 2018 Season Caroline Kipkirui symbolically took part in the start, thereby adding prestige to the marathon. Recall that, on September 8 in Prague, Caroline established the best time in the Season at a distance of 10 km  Prague 10k Grand Prix Road Race - 30:19.

Coach Kenneth Rotich commented on the results of the competition: "We used the opportunity to support the Kazakhstani marathon and decided to take part in the 10 km race, despite the fact that it was not in our calendar plan. As members of the Kazakhstan club" Altay Athletics "we consider participation in the local competition , another integration step in the Kazakh society.

As for the results, for the final time we were not oriented, because as such, there was no competition, the task was simply to take the first positions. "

Astana Marathon passes since 2009 and is the largest in the capital of Kazakhstan. This year the marathon gathered a record number of participants, as well as its route covered the main sights of the city: the Palace of Peace and Harmony, the mosque Hazret Sultan, Baiterek, Nazarbayev University, Astana Arena.