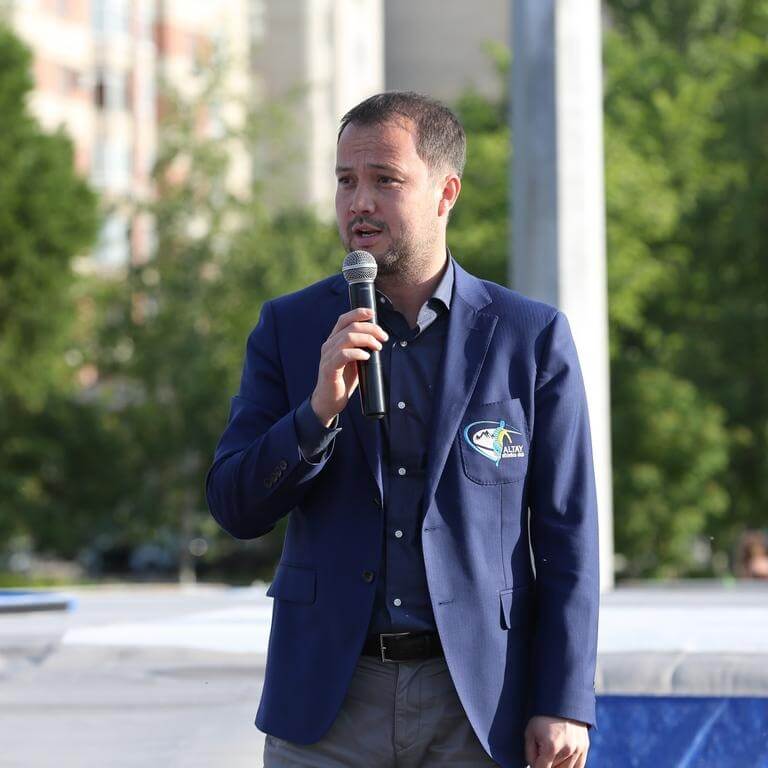 The first month of the year for the Club was quite successful, continuing preparations for the Track Season, the Club's athletes performed in general in 13 official starts.

Elina Mikhina took first and second place in the Kazakhstan Cup at 400 and 200 m respectively, showing 54:04 (400 m) and 24:47 (200 m). At the IV International tournament for the prizes of the Olympic Champion Olga Rypakova, Elina won the 400 m race with the result of 53:29. Later she went with the National team of the Kazakhstan for the Asian Indoor Championships, which will be held from February 1 to 3 in Iran. Also within the framework of the tournament for the Prizes of Olga Rypakova, the first children's start was organized by our Club, this category was named Altay Athletics Kids Cup. We hope that this nomination will become traditional in the framework of the Tournament that is gaining popularity. Javeline throwers Artur Gafner and Varvara Nazarova continue preparations for the Season 2018, gaining certain conditions for starting an international internship in Europe.

In the meantime, the management of the Club has provided  invitations to participate in three top international starts for the current time of the year for three of its athletes. So, Caroline Kipkirui took part in the status of the Gold Label Road Races IAAF Aramco Houston Half Marathon, in the US, where she showed her personal record and finished second with a score of 66:48.

Norah Tanui Jeruto, performed effectively in January in four official starts of the IAAF, in one of which she showed her best time at a distance of 3000 m in Ostrava, within the framework of the Czech Gala 2018, and it was also an elite European start.

And Daisy Jepkemei started the season with the competition in the classic cross country in San Sebastian (Spain), and finished first. Continuing his preparations for international starts, Shadrak Koech took part in the Kenya Cross Country Series in three races, where he improved his time in each of them at a distance of 8 km. If in the first cross country on January 6th he finished with time 23:14:94, then on January 27th he improved his result for more than a minute, and showed the time 23:02:21.

All the actual results of our athletes can be viewed in the section "Season 2018".