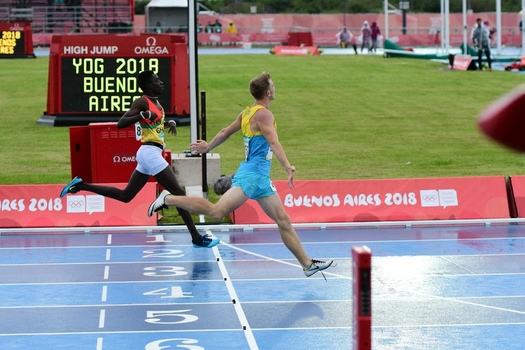 Yefim Tarassov who joined the Altay Athletics in July this year, is going back to motherland from Agretnina after taking part in the Youth Olympics 2018 in Buenos-Aires. Yefim has been training only 2 years now, under the guidance of the experienced coaches Tatiana and Anataloly Podkorotyvy in the small town Ridder. Yefim got his license to participate in the Youth Olympic Games 2018 by winning the silver medal of the Asian Youth Athletics Championships in Bangkok this July.

On October 11th, the first round of the YOG 2018 in the 400 meters was held, where the Yefim took 2nd preliminary place with time showed 48.93 and also renewing his personal best.

On October 14th in the final round of 400 meters, where the winners of the YOG 2018 were determined, Yefim became 12th with the 49.88. However, after the two rounds in the summary he became the 10th in the final placing.