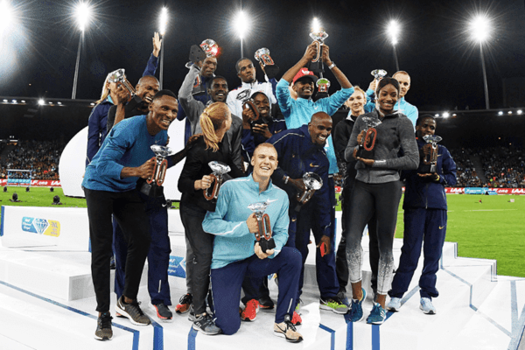 More people than ever before tuned in last summer to watch the world’s top athletes compete for the Diamond Trophy, as 2017 saw increased viewing figures across the world for the IAAF Diamond League.

In the inaugural year of its new championship format, the IAAF Diamond League saw hundreds of thousands more fans tune in to watch live coverage and highlights of the Road To The Final.

With the addition of Venezuela and South Korea in 2017, the series is now broadcast in 162 countries across the globe, spanning all six continents.

2017 saw a total of 282 million viewers across the 14 meetings, an increase of around 60 million on the previous year.