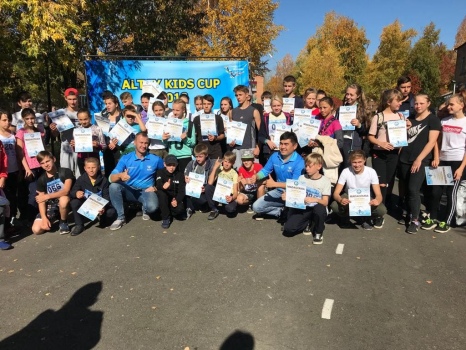 Second stage of the Altay Kids Cup has started

Starting from September 28, the second stage of the athletics competitions for children and youth "Altay Kids Cup" has started in regional centers and cities of East Kazakhstan.

Participants compete for the team in their community - in districts, or schools - in cities, with teams consisting of 3 girls and 3 boys in each age group (18 people in total).

At the end of the second stage, the strongest will be determined for subsequent participation in the final stage of the Altay Kids Cup.

On September 28th, the first competitions of the second tage were held in the town of Ridder. Then on September 29th in Shemonaikha and Abay districts, and on October 3rd in Glubokoye.

There are 15 more areas ahead, competitions in which will be held until October 27 according to the approved schedule.