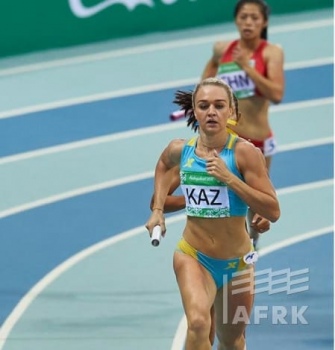 On March 2nd, Mikhail Litvin, after a successful preliminary race, performed in the semifinals of the World Championship in a room in Birmingham, showing time 47.94 and becoming the fourth in his semifinal group.
Also today at the time of Astana at 18:31 the semifinal run of the women's relay race 4 to 400 m took place, in the Kazakh team were - Svetlana Golendova, Elina Mikhina, Lyubov Ushakova and Adelina Akhmetova. Our team showed time 3.40.54 minutes, becoming the fourth in their semifinal race and having dropped on the ninth overall line.