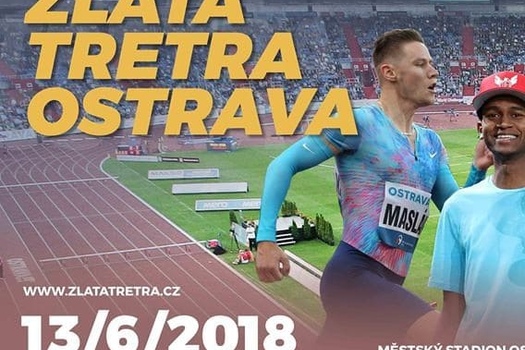 IAAF World Challenge Meetings contunie. The next stage will be held on June 13th in the Czech city Ostrava.

Golden Spike (Zlatá tretra) is an annual track and field competition held at the City Stadium in Ostrava-Vítkovice (Městský stadion v Ostravě-Vítkovicích). It was first held in 1961.

In the history of the competition, many world records have been set here, some of them remain unsurpassed until now.

This start will be attended by Norah Jeruto and Daisy Jepkemei.

The competition includes 16 disciplines, in which 10 world champions and 7 world leaders of the current season will take part.

TV broadcasting will be conducted in 150 countries.

Special guest of the start - President of the IAAF Sebastian Coe.