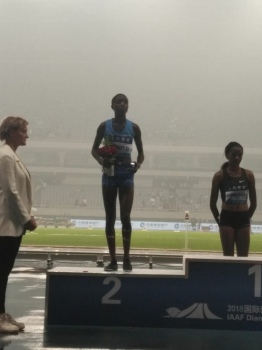 First position is slipping away

At the second stage of the Diamond League, held this Saturday in Shanghai on May 12th, in the discipline of 3000 m steeplechase, two athletes of the Club Norah Jeruto and Daisy Jepkimei took the second and third place respectively. Norah confidently went to victory, but on the last lap due to weather conditions there was a fall. Norah showed the result at 9:09.30, Daisy - 9:15.56. In the race participated fifteen female athletes, the first was the Kenyan athlete Beatrice Chepkoich with the time 9: 07.27. The record of this stage is the time 09: 04.78 set by Ruth Jebet in 2017.