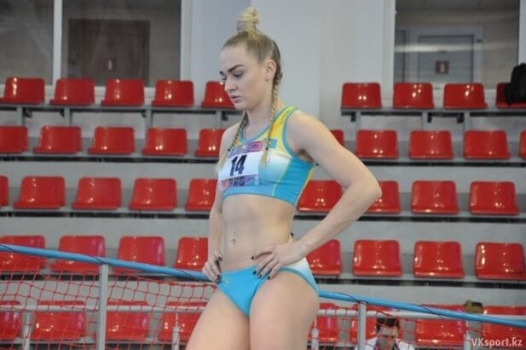 Elina Mikhina at the stage of the Kazakhstan Cup in Athletics

Yesterday the composition of East Kazakhstan team for the first stage of the Kazakhstan Athletics Cup was announced, which will start in Ust-Kamenogorsk the day after tomorrow. What can we expect from our athletes?
To put it bluntly, the composition made me wonder. In the female half of the Cup will perform only six athletes, and the medals are almost guaranteed only to two of them - Elina Mikhina and Nadezhda Dubovitskaya. The Ridder prima running at 400 m, which is about to sign a contract with the first professional athletic club in Kazakhstan, Altay Athletics, is simply obliged to win at its crowning distance. No one can really compete with her. In any case, in Kazakhstan. Nadezhda Dubovitskaya from Semey will also come out to fight not with rivals, but with herself. At the last in the 2017 regional championship, she set a new record for the arena for women's high jump - 185 cm, and will certainly try to quench her raging appetite, taking a height of 190 cm, to finally pin the views of the leadership of Altay Athletics.