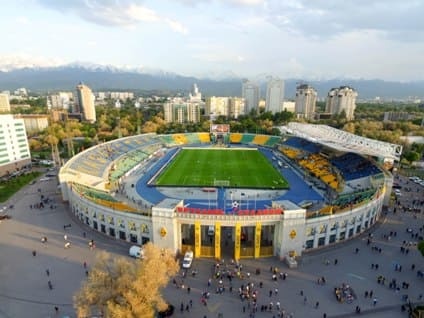 Kazakhstan Athletics Championship to be held in Almaty

On 23rd and 24th of July the Almaty city will host the Kazakhstan Athletics Chaampionship. At this tournament 221 athletes will perform  (134 male and 87 female athletes) from 13 regions, as well as from Astana and Almaty cities.

Almost all the strongest athletes of the country are declared to participate, among them are the Altay Athletics athletes: Nadezhda Dubovitskaya, Irina Ektova, Mikhail Litvin, Aigerim Shynazbekova, Viktoriya Zyabkina and Nikita Filippov.

Within the framework of the Championship 42 sets of awards will be drawn ( for men and women). On the first day, winners and prize-winners in 22 disciplines will be determined, and in the second, respectively, in 20. Competitions will be held in two arenas - Central Stadium (running, jumping, shot put) and Almaty-Arena (long throwing).

The program of the forthcoming championship of Kazakhstan can be downloaded from the link: https://www.kazathletics.kz/upload/iblock/d1c/Raspisanie-chempionata-RK-po-legkoy-atletike.docx