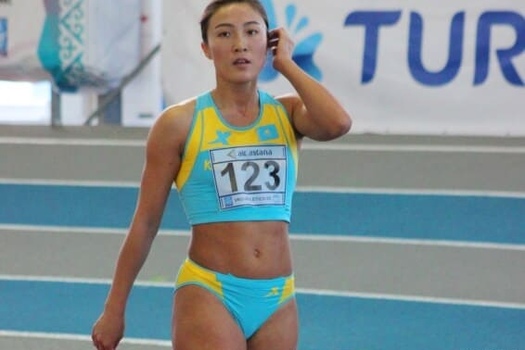 Calendar of republican competition in Ust-Kamenogorsk

January and February in Ust-Kamenogorsk will be marked by the holding of a number of the largest and most prestigious competitions in athletics. In six days, the first of them starts, which means that it is already ready to prepare and anticipate this action.

From January 10 to February 26 in the administrative center of the East Kazakhstan region, eight large, prestigious starts of the republican scale will be held. Even in the EKO championship at all ages, which is scheduled for February 2-3, sure, not only the athletes of our region will take part. So in advance, reserve seats in the stands of the athletic arena. O. Rypakova, because the proposed spectacle will be worth it!

The first thing that the eye falls on is a new competition - the Kazakhstan Cup in the premises, which takes place in three stages at once. Earlier nothing like this was conducted in Ust-Kamenogorsk in general. Probably, the crushing of one start into three parts in the Athletics Federation of the RK decided to eliminate the old and unhealthy "sore" - too few competitions among adults in the winter that prevented the normal training of Kazakhstan athletes to perform at international indoor competitions. Now there will be four competitions at once, and there will be an opportunity to see how the results of our "collections" change from start to start.

This tournament format will be similar to the current draw of the Diamond League. The first two stages will be the qualifying round, and the top eight on the basis of the two rounds will challenge the title of the winner of the Cup in the crucial third stage. And before the final, all points scored will be reset. What is more similar to the new Cup of Kazakhstan with the "Diamond League" is the prize money that the Federation plans to establish before the start of the season.

True, even this measure will only work half in preparation for the Asian Indoor Championships, which will start on February 1 in Tehran. Prior to the continental championship, the strongest athletes of the country will have time to hold only two starts - at the first stage of the Cup of Kazakhstan and at the Championship of the country. However, some of them are lucky enough to perform at the international tournament for Olga Rypakova's prizes, but this depends on which disciplines will be included in the prize draw of our primitive triple jump.

Alas, but in the current winter season there will not be three stars of Kazakhstan's athletics: Julia Rakhmanova, who, alas, was injured, Olga Rypakova, who once again focuses her efforts on preparation for the summer season, and the magnificent jumper Ekaterina Ektova. But even without these wonderful athletes to look for sure will be on whom!

January 20th. International tournament for the prizes of the Olympic Champion Olga Rypakova

2-3 February. Championship EKO on all ages.

19-20 February. The championship of Kazakhstan among young people, boys and girls.

February 25-26. Championship of Kazakhstan among juniors.