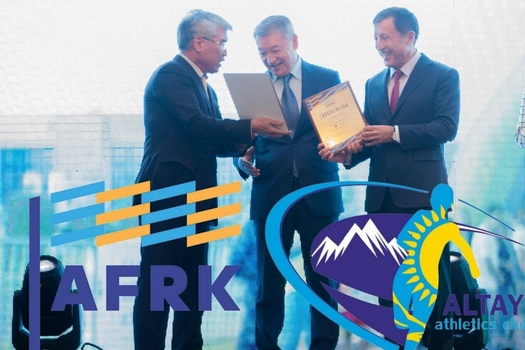 At the extraordinary annual conference of the AF RK of Kazakhstan in Astana on December 7th, it was announced that among such projects as the Astana International Marathon SCO and CICA 2017, the "Atyrau Cross" marathon and the Altay Athletics club, the Project of the Year was the Altay Athletics club. This award was solemnly awarded to the Akim (Governor) of the East Kazakhstan region Daniyal Akhmetov.