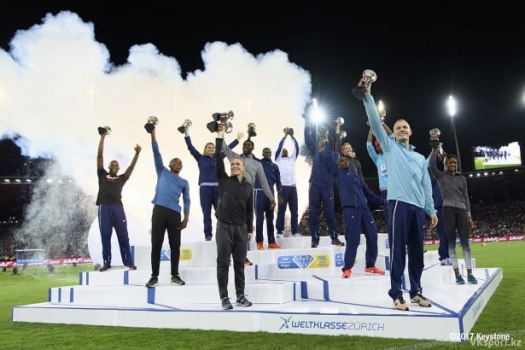 Everyone knows that Olga Rypakova became the triumphant of the Diamond League season for the second time, but few people are able to count the number of victories at the stages of this prestigious competition in the performance of our prima.

The Olympic Champion 2012 from Ust-Kamenogorsk won eight starts of the most prestigious multi-stage athletics competition in the world. The richest in winning for Rypakova was 2012, when she won the first place in three stages. There was not a single triumph in 2011, when Cuban Yargelis Savinier was singing on the world stage, and also in 2014, when our star countrywoman was just returning to the sport after the birth of her son. So could be the year 2017, if in the last chord Olga did not wrest a victory from the "paws" of two South American predators, and would not become the owner of the main trophy of the season!

ALL THE VICTORIES OF OLGA RYPAKOVA AT THE STAGES OF DM: