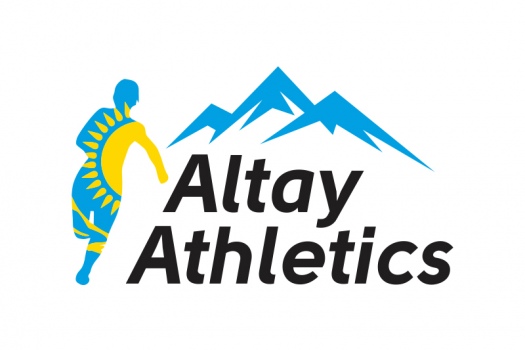 On September 12, in Oskemen, was held a press conference following the results of the Track Season 2018 of the Altay Athletics Club.

The conference began at 15:00 with the welcoming words of the Head of the Department of Physical Education and Sport of the East Kazakhstan region Mozhanov Askar Bayzhigitovich and the director of the Club "Altay Athletics" Seisembekov Askhat Rashidovich. Director of the Club told about the main achievements andfulfilled the goals of the Club for the last year, he noted the considerable support of the President of the Federation and the Sports and Physical Education Department of the East Kazakhstan Club and track and field athletics in East Kazakhstan. 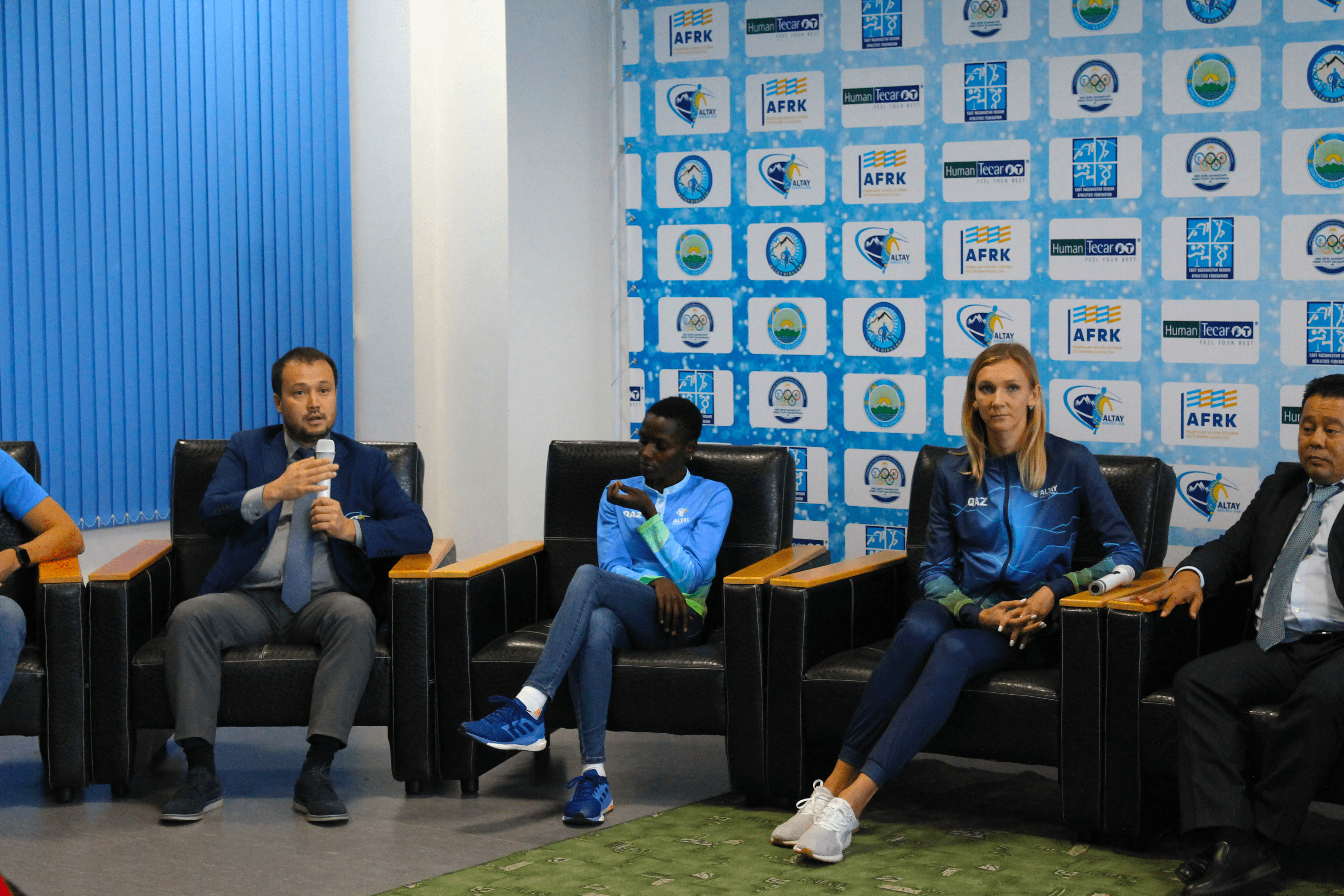 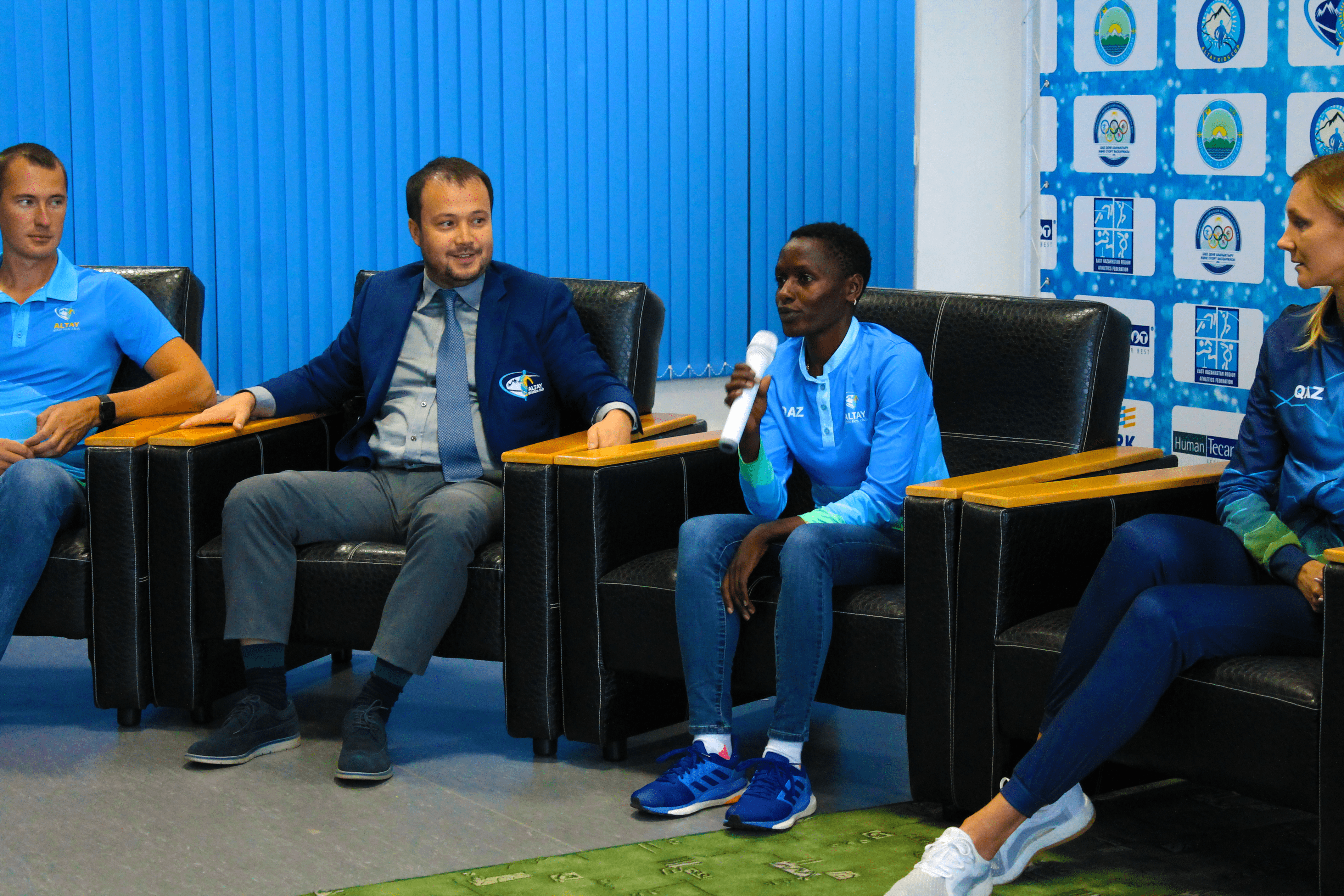 Young Club athletes from the Altay Athletics 2 department took part in the conference, which was given sufficient attention and revealed more detailed plans and vision of the expansion of the Club.

Norah Jeruto, who finished the season becoming the fourth girl in the history of running for 3000 m steeplechase, having run this distance in less than 9 minutes, questions were asked about the influence of the Club on its results, to which she replied:

"Since joining the Club, the year has already passed, the level of the training process has improved noticeably, the Club organized foreign internships in Europe with the best steeplechase coaches, the restoration process is more effective. Thank you to the President of the Federation for the tremendous support that we always feel. "

Olga Rypakova summed up the results of the 2018 season and shared her plans for the coming season:

"The current season was successful, systematic preparation for the main start of this year - the 18th Asian Games, would be impossible without the support of the President of the Athletics Federation of Kazakhstan, we met his expectations and returned with gold. Now we are going on a recovery holiday to prepare for the Season 2019, which is planned to be very busy, beginning with the Asian Championships in Doha in late April and concluding the World Athletics Championships in October, which will also take place in Doha". In conclusion, the Head of the UFCIS of the East Kazakhstan Region presented letters of appreciation from the Federation of Athletics of the Republic of Kazakhstan to Olga Rypakova, Nadezhda Dubovitskaya, Nora Djeruto, Karolin Kipkirui and Daisy Jepkimaya.