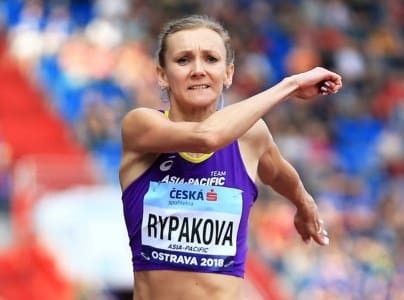 On September 8 in Ostrava (Czech Republic) was held the Continental Cup in Athletics.

In the triple jump for women, as in other disciplines, there were 8 participants: two from each of the four teams - Africa, Europe, America and the combined composition of Asia and Oceania.

The national team of America included the leaders of the world season Cathrine Ibarguen (Colombia) and Tory Franklin (USA). The European team was represented by the champion and vice-champion of Europe in 2018 Paraskevi Papahristu (Greece) and Kristin Girish (Germany). For the combined team of Asia and Oceania, gold and silver medals of the recent Asian Games Olga Rypakova and Parinya Chuaymaroeng (Thailand) performed.

The representative of the united team of Asia and Oceania and the strongest Kazakhstani athlete Olga Rypakova took the second place, thereby earning 7 points for the team.

The competitions were held in a new unusual format, after the first three attempts, only one strongest participant from the national teams, who were determined in the fourth attempt, could perform in the final fifth.