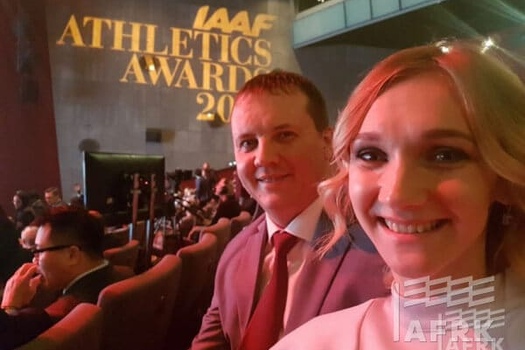 Forbes Kazakhstan magazine published in the December issue a rating of "20 stars of show business and sports", which included well-known domestic musicians, producers, actors, athletes with the best achievements in their activities from October 1, 2016 to October 1, 2017.

This year, at the first stage, about 150 people entered the long list of the rating, and only top Kazakhstani boxer-professional Gennady Golovkin and leading track-and-field athlete Olga Rypakova managed to get into the top 20 of the sports representatives. Top rating was Golovkin, who scored 67 points, and Rypakova became the seventh - 37 points.

Recall that the main achievements of our famous jumper this year were the victory in the final of the Diamond League in Zurich, the bronze award of the World Championship in London and two gold medals of the Asian Games in the premises in Ashgabat (in long jump and triple jump). In addition, at the presentation of the first professional Athletic Athletic Club Altay athletics held in Kazakhstan in the beginning of November in Ust-Kamenogorsk, Rypakova was presented with the honorary award of the Asian Athletics Association (AAA) as one of the best female athletes of the continent.