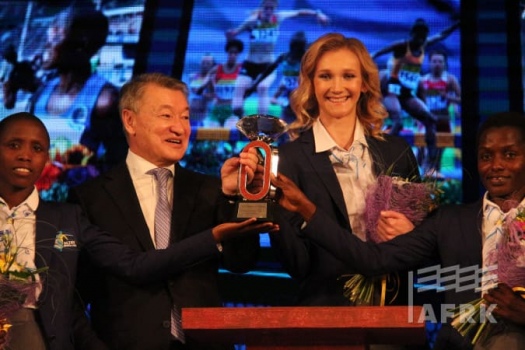 Olga Rypakova: Creation of Altay Athletics will raise the level of athletics in Kazakhstan

Olympic champion and winner of the Diamond League in triple jump Olga Rypakova will become the leader and the main star of the first Kazakhstan professional athletic club Altay Ahletics. About how the appearance of a professional club affects the domestic track and field athletics, the athlete told to the portal of the Athletics Federation of Kazakhstan.

The idea to create a professional track and field athletics club in Kazakhstan is just wonderful," said Olga Rypakova. - We already thought about this, we lacked just such a club system. At last, this idea was realized, thanks to Danyal Kenzhetayevich Akhmetov. Our club will raise the level of athletics in Kazakhstan, Asia and in the future on the world stage. I'm pinning my hopes on this club. I want our athletes to win high places in the world arenas. We have a good example - the cycling team "Astana", which with its achievements has glorified Kazakhstan. We will be equal to this professional club and also strive to glorify our country with results in world competitions.

That you are a part of Altay Athletics will affect your competitive calendar?

I think that the main tournaments, on which we would like to perform, will remain the same. We will not have a World Championship next year, only in closed spaces. There will be stages of the "Diamond League", and I will represent them not only in Kazakhstan, but also in the Altay Athletics club.