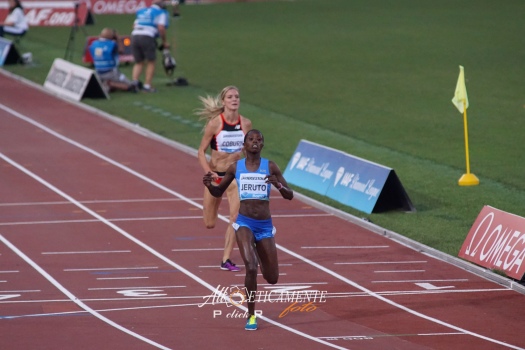 Norah Jeruto became the third at the Diamond League in Rome

In Rome, started the Diamond League Meeting in athletics, which was attended by two athletes of the Club Nora Jeruto and Daisy Jepkimei.

At a distance of 3000 meters steeplechase for women, the fastest in the season was Hivin Kiyeng (9.04,96 - the best result of the season in the world). The second was Cellifine Chespol (9.05.14), the third was Nora Jeruto (9.07,17). Daisy became the seventh with time of 9.18.44. World champion in the race 3000 meters with obstacles Emma Coburn fell on the last water obstacle and finished fourth, but still showed a high result of 9.08.13.