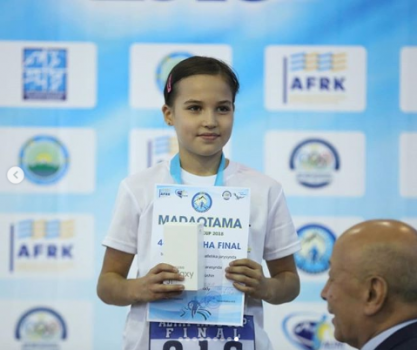 ALTAY KIDS CUP are the competitions, similar to which Kazakhstan has never had ever before.

The structure of the competitions and the types of disciplines are modeled from the most widespread youth competition in Europe "UBS Kids Cup", and pursue the main goal to involve more children into the sport and increase interest in athletics and search for young talents.

The competition was based on three disciplines: throwing a 200 gram ball, a 60 m run and a long jump with an expanded repulsion zone.

This summer, ALTAY KIDS CUP pilot competitions were held in three cities of the East Kazakhstan region, Ridder, Semey and Oskemen, in which more than 1,000 children participated in the competition.

On May 28, the first stage of children's competitions among schoolchildren in Ridder was held. The number of children participating in the competition is more than 220.

After the last competition in Ridder, the second stage of the ALTAY KIDS CUP was held in Semey. More than 300 children participated.

On June 27, the third stage was held at the central stadium "Vostok" in Oskemen, where more than 300 young participants took part.

In the autumn, the main ALTAY KIDS CUP competitions were launched, which covered the entire region with their scale and mass participation of schoolchildren. More than 20,000 children took part in the first stage of the competition, which was held from September 17 to September 22, 2018.

Starting from September 28 to October 27, 2018, in 19 regional centers and cities of the East Kazakhstan region, the second stage started, in which about 4000 participants took part.

The participants competed for the team of their community - in the districts, or schools - in the cities, the teams included 3 girls and 3 boys in each age group (18 people in total).

At the end of the second stage, the strongest were identified for subsequent participation in the final stage of the ALTAY KIDS CUP.

Stage III, or the Final of the competition was held on 4 (among girls) and 5 (among boys) on November 2018. Oskémen, in the Olga Rypakova athletics center. More than 300 participants entered the final according to the results of the qualifying rounds as part of 19 teams and individually competed for the main prize “ALTAY KIDS CUP Cup”. Each participant received a T-shirt with the symbols of the competitions, and, of course, unforgettable impressions and emotions. 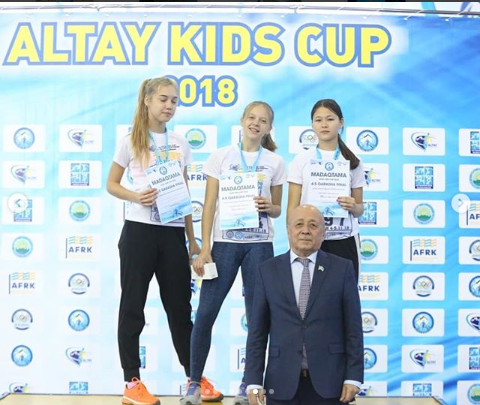 This year, winners and runners-up in each type of competition (throwing the ball, running 60 meters, long jump) and in each age group received valuable commemorative prizes: a cell phone, wireless music speakers and fitness bracelets.

The results of the competition (protocols) of the final stage can be downloaded from our website in the section «Documents» - «ALTAY KIDS CUP».