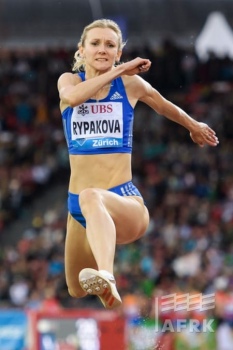 The basic principles of the new club's activity and the direction of its work will be announced in detail at the forthcoming presentation, and on the eve of this event, the executive sports director of the Altay athletics club Askhat Seisembekov told the correspondent of our portal about some organizational details:

The club was established in Ust-Kamenogorsk on the proposal of the Athletics Federation of the Republic of Kazakhstan and with the support of the leadership of the East Kazakhstan region. Among his main tasks are the development of the club system in the country and the preparation of athletes for the national team of Kazakhstan. We also plan to become the base club for our national team and create a children's sports academy in track and field athletics within the club.

Who from the well-known athletes became member of the club?

At the moment, Altay athletics already has seven athletes. Among them are our famous jumper, Olympic champion and two-time winner of the Diamond League, Olga Rypakova, two promising javeline throwers from Eastern Kazakhstan, Varvara Nazarova and Artur Gafner, as well as four strong runners from Kenya Shadrak Kimutai Koich, Caroline Chepkoech Kipkirui, Tanui Norah Jeruto and Daisy Jepkemei. Kenyan athletes have already shown themselves well on the world stage. So, Kipkirui is a silver medalist of the Diamond League-2017 at a distance of 5,000 meters, and Jeruto in these competitions took third place in the run for 3,000 meters steeplechase.

The general manager of the club is the Swiss Guido Tognoni, whose work includes work in such structures as FIFA, UEFA and the NHL. The contract with him is concluded for a year and a half, until the end of the next season.

What is the general manager's job?

Mr. Tognoni is an experienced specialist who knows the world of sports well. He is recommended to us by one of the leading European athletics clubs "Zurich", which unites a number of famous athletes and several thousand children. The main functions of the general manager are to ensure that our athletes participate in the competitions of the Diamond League and other prestigious IAAF series and help in the creation of a children's academy. We expect that his experience and knowledge will help us in resolving these issues.

The presentation of the ALTAY athletics club will take place on November 3 in the building of the East Kazakhstan Regional Drama Theater. The beginning is at 16:00.